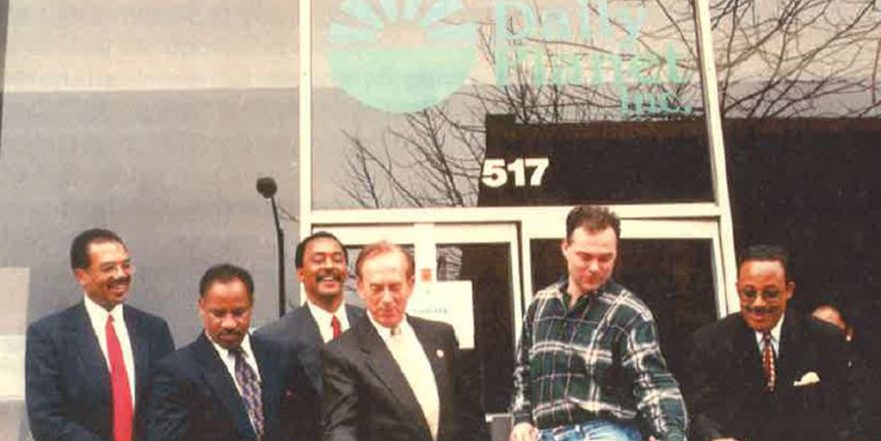 Sadly, this has been and remains the opinion of many Richmond residents. The reality is that being homeless is a lonely and scary experience—ask anyone who has faced the frightening reality of being one paycheck, one sickness, one injury or accident away from losing one of life’s most basic needs: shelter. The challenge is to create environments which foster enriched, stable and healthy lives, instead of ignoring these individuals and viewing them as a malignancy.

In 2000, a group of nine LMR rookies came together to form and to storm. Back in the day, teams selected their LMR project from proposals submitted by local nonprofits. Team TGFKAX as we were known, began to educate ourselves about community perceptions surrounding homelessness and specifically those related to a community housing environment which offered shelter in South Richmond to eight chronically homeless individuals with severe mental illness. What we learned was transformational for us and what we were able to accomplish was transformational for the nonprofit with whom we were partnered, The Daily Planet. Team TGFKAX spent our next 10 months working in collaboration to address and resolve some of those misconceptions.

We were fortunate to convince HUD to reserve federal funds for the re-establishing and relocating of a special and unique transitional housing facility/program (Safe Haven). The program once located at 316 East Clay Street was forced to move to make way for the Richmond Convention Center expansion. After meeting individually with the Mayor (now Senator Kaine) as well as all district representatives AND confronting attitudes of NIMBY from many in the community, the team was instrumental in getting the approval of City Council for a special use permit allowing a new facility to be built.

Daily Planet Health Services continues to embrace innovative ways to motivate homeless clients out of their disenfranchisement by redeveloping the social inclusion and community they have lost. After 18 years, how would I know this? Because two members of that LMR team are still involved today! One of our team members joined the board following our graduation, and I became a volunteer on a board committee (thanks to that board member reminding me that we always “make a good team” and that I had a skill set that was desperately needed). After serving on the board fund development committee for 5 years, I received a recruitment call asking if I’d consider becoming a “Planeteer” (employee) and devote my fund-raising skills full-time on behalf of the organization.

Fast forward eleven years, that board member and I are still inspired to advocate as a team for the at-risk populations served by Daily Planet and still applying the lessons learned during our LMR experience.

The title of this blog post refers to Safe Haven and was also the title of the poem written specifically for our 2001 LMR project presentation.

The photo above is from the cover of Daily Planet’s 2000-2001 Annual Report reveals some of the City Council representatives we worked so hard to convince they were making the right choice. Recognize any recent VP candidates?