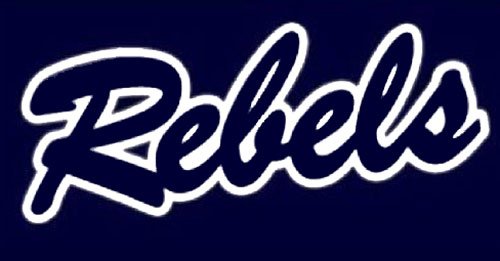 I spend a lot of my days waffling between being energized, angry, and exhausted. There is so much wrong in the world – so much unnecessary hurt – that it can be overwhelming. I know that when it feels overwhelming to me, even when I carry the benefit of white privilege, that I cannot begin to understand the overwhelm that people of color and historically marginalized groups have been feeling for a very long time.

When I confront that reality, I try to find ways to take action and make some progress, even if it’s just an inch. Yes, that includes activism and making calls to government officials, that means donating to organizations that are in a position to drive change on a much larger scale than I can as an individual. But it also means inspecting the moments in my everyday life. That means uncomfortable conversations when I see or hear something that isn’t right, it means being willing to own my missteps and humbly learn, and it means deciding to fight a battle that may have been lost many times before.

For me, one of these battles is the mascot for the high school where my freshman stepdaughter just finished her school year. She attends Douglas Freeman High School in Henrico where the mascot is the Rebel. When she started there last fall I told her my mission was for it to be gone before she graduated. The school has a long history of lifting up the Confederate Army in praise: the Rebel mascot was originally accompanied by a graphic of a Confederate soldier and the song was Dixie. In fact, in the last 10 years there was a movement by some to reinstate those images and songs in addition to the name. And there have been repeated attempts to have the mascot renamed over the decades – most recently in 2017 by a group of students who were unable to get the support of school leadership to get rid of the Rebel.

When the Freeman Principal John Marshall left the weekly Sunday night voicemail on May 31st, the week after George Floyd was murdered, he shared a message that was appropriate in tone and honest in the acknowledgement of the differing reality that people of color, particularly Black people, face in this country. It was a solid voicemail compared to what I expected from HCPS…until he got to his standard closing that he says each week and I shudder every time he does. GO REBELS. Surely he wouldn’t close this message with the same rally cry. He did.

My family wasn’t the only one contacting the principal and the school board the next day. Over 800 emails were received within a week asking for a mascot change. We learned that mascot changes are much easier than school name changes and the authority sits with the principal. While my goal was for Principal Marshall to assert his authority and not revisit the question of ‘Should we change the mascot?’ and instead pose the question of ‘What should our new mascot be?”, he chose to kick off a process to collect input from the community. I invite you to participate in advocating for this change by providing feedback through this online form before July 11th and by signing this petition that was initiated by students at the school over 3 years ago.

I realize that a mascot change isn’t going to fix the deeply rooted racism in our country, and that work must continue. But after reading the comments from Freeman students I know that it would be one small step – an inch along the way – to show young people that we mean what we say. And we are willing to make it happen…even if it has to be one inch at a time.