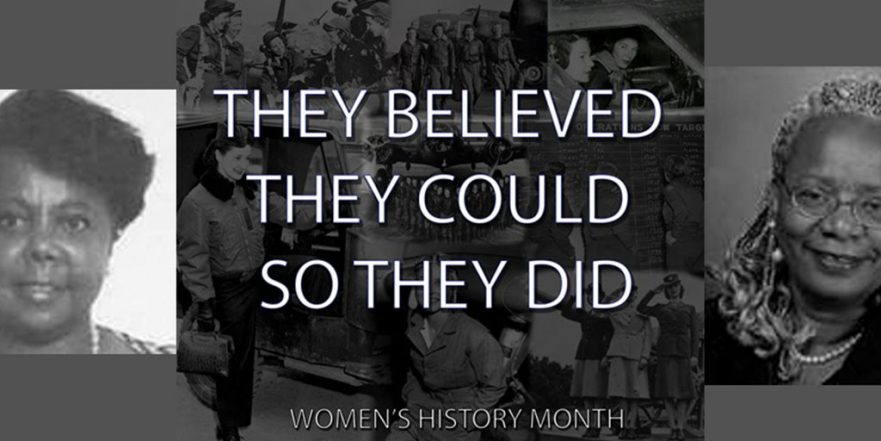 March is Women’s History Month, an annual declared month that highlights the contributions of women to events in history and contemporary society. Throughout my lifetime, I have had the pleasure to meet and talk with remarkable women whose contributions are known nationally.  Amongst them is Dr. Johnnetta Cole, whom I first met in 1993 at a luncheon in Richmond, followed by encounters at United Way Worldwide, where she was the first African America Board Chair.  At that time, Dr. Cole, a respected anthropologist and educator, was the President of Spelman College and had just released her new book, Conversations: Straight Talk with America’s Sister President.  Her keynote focused on her book which “speaks to America’s Black women, calling out to them to take an active role – as she is doing – to help make our world a better place.” During her comments she gave examples of women that have made great strives to create positive impact in the lives of others.  She called them “Sheroes”, women that are admired or idealized for their courage, outstanding achievements or noble qualities. That was the first time I had heard the term.

There are many national sheroes that are remembered fondly for the impact they have made, but we do not have to look far outside of RVA to embrace the memories of local women who touched the lives of many.  In recognition of Women’s History Month, I remember two local sheroes whom I have known for years and marveled on how they worked unselfishly for their neighbors. The late Barbara Abernathy (LMR ’06) battled for the survival of the Carver community and the late Yvonne Spain (LMR ’90) fought for the betterment of the Swansboro community. Both from humble beginnings, stood tall and spoke what needed to be said.  They were disrupters in the name of service. Barbara and Yvonne have been gone in less than a year.  They will be greatly missed and their absence begs the question, who will be the future sheroes of Carver and Swansboro?  What examples to follow and shoes to fill.

**Please note that on April 13, 2019, the 100 block of Larne Avenue in the Swansboro community, will be honorarily named on behalf of the late Yvonne Spain.