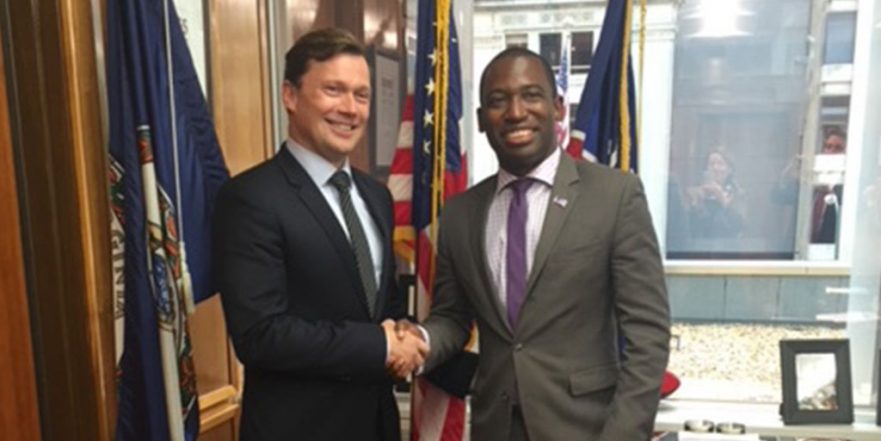 As a relatively new resident of Richmond I became a proud member of Leadership Metro Richmond 2017 in order to link local and international interests from my position as Dean of International Education at the University of Richmond. From the first day I found partnership with LMR members on issues highly relevant to my work, immigration and education foremost among them. Thanks in part to the awareness LMR brought, my first Memorandum of Understanding was not with an international partner, as would be customary, but with Virginia Commonwealth University to have our faculty work together in places of mutual interest, so far including Mexico, Guatemala, and South Africa.

Another strong partnership from LMR turned out to be with the ever-resourceful LMR President and CEO Myra Goodman Smith. UR created Danish Week in November 2017 to celebrate our longstanding student exchanges with Denmark and to have our campus and community learn about another culture together. The Danish Embassy got on board in a big way. Myra Smith met with Lars Bo Mueller, the number two at the Danish Embassy, to discuss how LMR models civic engagement and to compare Richmond and Copenhagen in several dimensions.

His Excellency Lars Gert Lose, Danish Ambassador to the United States, on this first visit to Richmond was interested in meeting with Mayor Levar Stoney. Myra facilitated our connection with the Mayor’s office and the meeting was very productive. The two leaders discussed sustainable energy and the challenges of transportation. The Embassy car pulled up to City Hall immediately by the new RVA Bike Share racks, so things got off to a good start: Copenhagen has been named the world’s friendliest city for cycling.

Both officials from Denmark tweeted about their positive impressions of Richmond and shared a flood of images from their visit to the city and the UR campus. The Danish Ambassador was so impressed with his first visit to Richmond that he returned two weeks later with his family.

Myra and Haywood Spangler, as well as the helpful staff of LMR, had earlier offered strong support for our group project on immigration when we decided to show a film on the UR campus and to host a panel discussion of local experts who work with immigrants, several of them LMR alumni. It was the best-attended event of the year for my office.

All told, I feel that my world grew both locally and internationally by virtue of the year invested in LMR. Our group on immigration still meets to catch up on local issues and to advance our shared belief in Richmond as an international city, usually over dinner at a restaurant owned by an immigrant. And my staff is better integrated with Richmond, having attended the Richmond Region Tourism’s “I Am Tourism” training program to which I was alerted through LMR. We are now better able to represent our city to the world!